Life is hard. Life is hard for everyone in some way. I have been struggling with the anxiety of trying to figure out how I’m going to continue to provide for me and my children and our future. Lately, I’ve been having to take money out of my savings account to make sure I don’t go over. My savings account is pretty pitiful as is, so I’ve been stressing like crazy. I needed something to earn a little extra money, so I’m embarking on a new business venture, I guess you could say.

Last night I signed up to become a consultant with the company my boss works for. (I’m her personal assistant, so for the last six months I have been working for her, not the company.) I’m terrified. Excited, yet terrified—for several reasons. First, I’m not a salesperson. I’ve never had a sales job and have always stayed away from them because you need to have good social skills to be a salesperson, right? I don’t.

Second, I have anxiety. I have social anxiety. Bad social anxiety. Just the thought of having to go talk to/try to sell things to a bunch of strangers is almost enough to give me a panic attack.

And lastly, I fear failure. I feel as if I’ve failed at nearly everything in my life, so why should I think that this will be any different?

I need the money this opportunity could potentially provide. I need it. Last night I went to a conference this company did, and all these women were talking about how their jobs as consultants were about giving them extra income on top of what their husbands already make. They do it to pay for a vacation to Disneyland, to afford to take their kids to a nice restaurant and a movie. I need it to buy my kids new shoes when the ones they have wear out. I need it to buy them new shirts this summer because their old ones don’t fit anymore. I need it to put food on the table. And if I get to a point where I can save some for their future, well, I need that too. It’s a lot of pressure, and I’m so afraid of failing. This is a job that requires social networking, something I’m terrible at. I don’t have many friends. Ever since I was a teenager I’ve felt that I repel people rather than attract them. Much of that is due to my mental illness. It makes creating and keeping relationships hard. But I need this. And I absolutely, one-hundred percent believe in the products this company makes. So I’m forging ahead. I’m risking going so, so, sooooo far outside my comfort zone—like a fish out of water—and hoping, despite my fears, I can do this and that it will somehow work out. 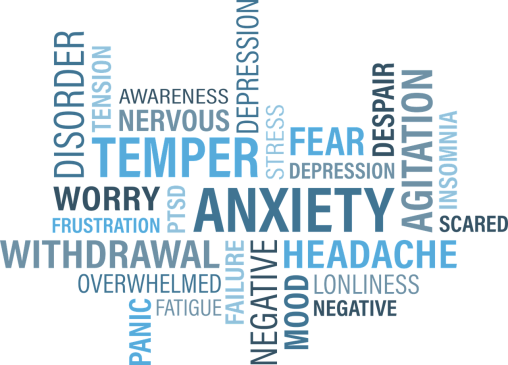 One of the worst things anxiety can do to a person is weave a false perception around them. At least that has been my experience. I know there have been times in my life when others have thought I was cold or standoffish when really it was just my anxiety causing me to act a certain way. I feel as though I have gotten a better grip on it in the past year—at least when it comes to social functions. I often still avoid big gatherings when I can because those sorts of settings are usually a disaster just waiting to happen for someone with anxiety, but church is one place I usually want to be on Sundays, one place I most definitely want my children to be, so I have to go and interact.

Many years ago, I lived in Phoenix. One of the reasons I loved it there was because the people were so friendly. Most of the families in my ward (an LDS congregation) were like me—they were from somewhere else. Most of us didn’t have family nearby so everyone went out of their way to be friendly, to be inclusive, because if they didn’t they would be alone. It was quite the shock to my system moving back to Utah. I was still in “Phoenix” mode, I like to call it. I had shrugged some of my anxiety off while living there, and at first I went out of my way to try to make friends here. I remember one of my first weeks at church after we bought our new house, sitting by someone I didn’t know and trying to talk to her. She turned away from me and completely ignored me the rest of the meeting. I soon had other similar experiences that pushed my anxiety back to the surface in full swing. I started sitting by myself in meetings, didn’t look or talk to anyone. And thus, my unfriendly, snobbish perception or persona was born again. But the truth is that I acted this way because of my anxiety. I was so incredibly anxious and nervous that I would be rejected again that I could not make myself be the one to “go out of my way” to make friends with others. I avoided people not because I didn’t like them or thought bad things about them or thought I was better than them, but rather because I was trying to avoid getting emotional and having a panic attack. There were times I had to hide out in a bathroom stall while hyperventilating or crying before I could get myself to calm down enough to go back into a Sunday meeting.

So my heartfelt plea to others is to be understanding, to remember that if someone seems standoffish or snobbish or like they think they are better than you, it may actually be their anxiety. In reality, they may be desperate to have a friend, to have someone to talk to, to have someone who will care about them, but they just don’t know how or can’t find a way to do it themselves because of their anxiety. 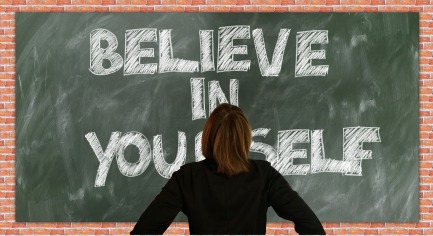 For those with anxiety, I think one of the things that helps the most is simply learning to be comfortable with who you are, finding some bit of confidence in yourself. I had a big breakthrough moment last September at a wedding in Alabama. I didn’t know anyone there other than my friend who had invited me and his friend who was the groom—and I had only met him the day before the wedding. When my friend told me about the wedding a week or two before I went down I almost had a panic attack just thinking about it—about having to interact with a bunch of people I didn’t know. I was really nervous when we got there, but that famed southern hospitality kicked in the moment we walked in the door. Everyone was so incredibly friendly and welcoming, and they immediately put me at ease, all anxiety gone. I even went way outside my comfort zone at one point and got up, left my friend and went into the kitchen to see if they needed any help preparing lunch for after the ceremony. I will admit, I was proud of myself! There was a moment, after more and more people had gathered, where my anxiety came back, and I just wanted someone to shield and protect me, but overall I think it was a success. Knowing that I could do it, that I could beat my anxiety for a time, has helped me so much recently.

Church is easier these days as well. I do have to give credit to the people in my new ward, though. They have been very supportive, loving and friendly, and I am so grateful for that. I usually try to sit next to someone rather than by myself and join in conversations. That one is hard because I think I’m a somewhat socially awkward person, and I don’t do well engaging in conversation with people I don’t know really well. But I still try. So never give up hope. Sometimes you can do hard things, even when you have anxiety.

It's not faith if you use your eyes